We recently completed this gardening cottage and garage addition :

We are delighted the client has chose to move along with more renovations!  While tearing off the original  siding, circa 1922 we found bits and pieces of the original cedar shingles. Interested to know a background we did a little research and here is what we found. 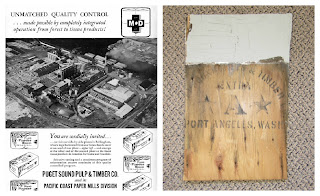 The original siding  was manufactured by Puget Sound Mill and Timber Company in Port Angeles, WA. 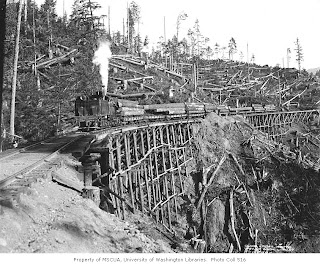 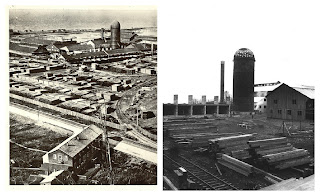 Puget Sound Mill and Timber Company Lumber Mill
The mill was later a pulp mill, purchased by Georgia- Pacific in 1963 and remained open until 2001.

We are replacing the current 90 year old shingles with a high quality siding which will last the owners many more years while keeping the home looking true to its 1922 style. Replacing it with premium grade, sawed and sanded all four sides, and pre-primed all four sides to prevent moisture from penetrating through the back side, over time, moisture from the back side will lead to the surface paint failure.  We will share more photos when the project is complete.